The existing condenser, AHU, extract fan and ductwork had to be disconnected, broken down and removed from site. This was then all replaced with a new air cooled water chiller, supply AHU and a new extract fan complete with a recirculation air section. Modifications were also made to the controls and electrical wiring, in order to accommodate the new plant.

Due to the positioning of the AHU, a specialist crane firm had to be contracted in to lift the existing one down from the roof. Once the previously existing AHU was removed from site, the new AHU could be crane lifted up and installed in position.

The majority of the works were carried out during the day, with no disruption to the normal running of the town hall. However because of the busy public use of the high street, the AHU had to be crane lifted at the weekend, when it would cause the least disruption to the public.

The contract was completed on time for a value of £150,000, to the high standards the client had come to expect from us. 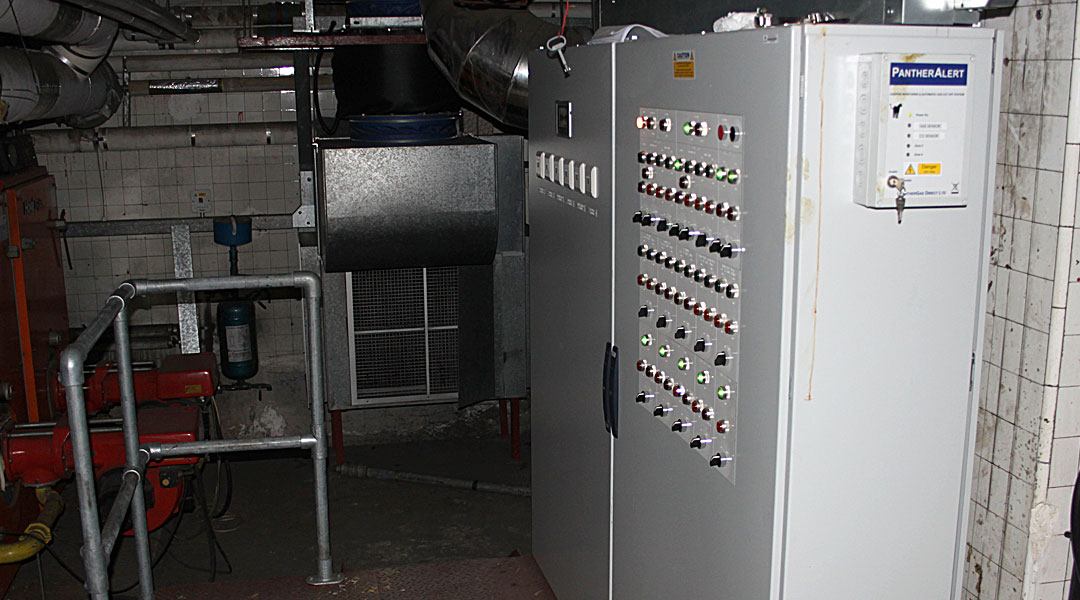